Holidays. A Wedding, Family and a Road Trip

Thank you for your patience while the kitchen was closed. 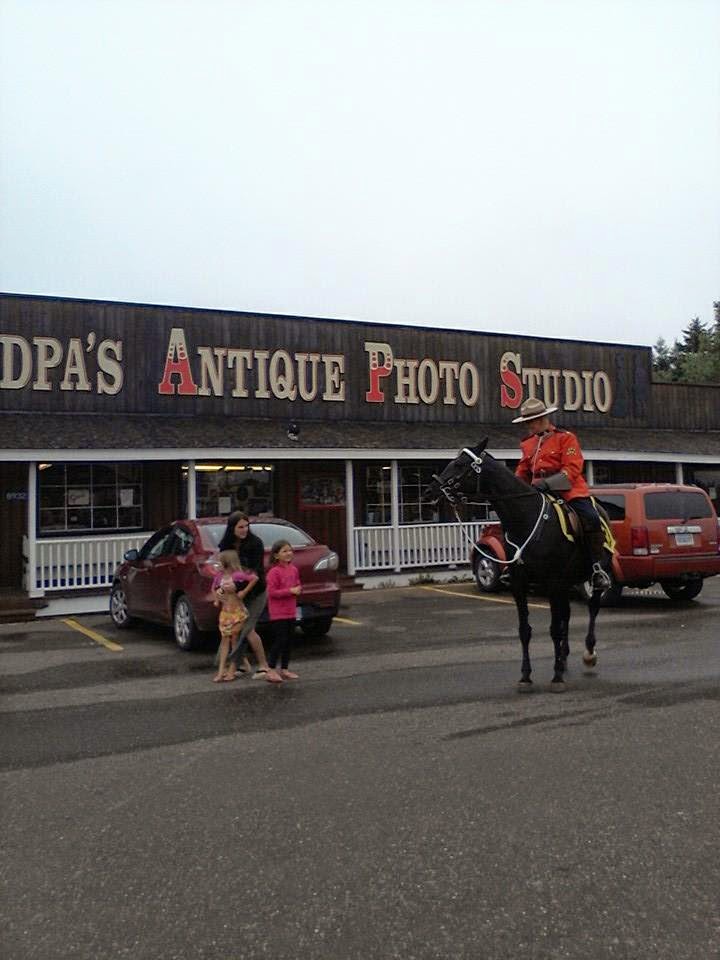 A fake Mountie however the only Mountie we saw
Scott and I took a holiday to Canada.  We had planned a holiday in Canada in about 3 years time, however my brother Owen decided to get married.  So as with many things, our plans got moved forward. 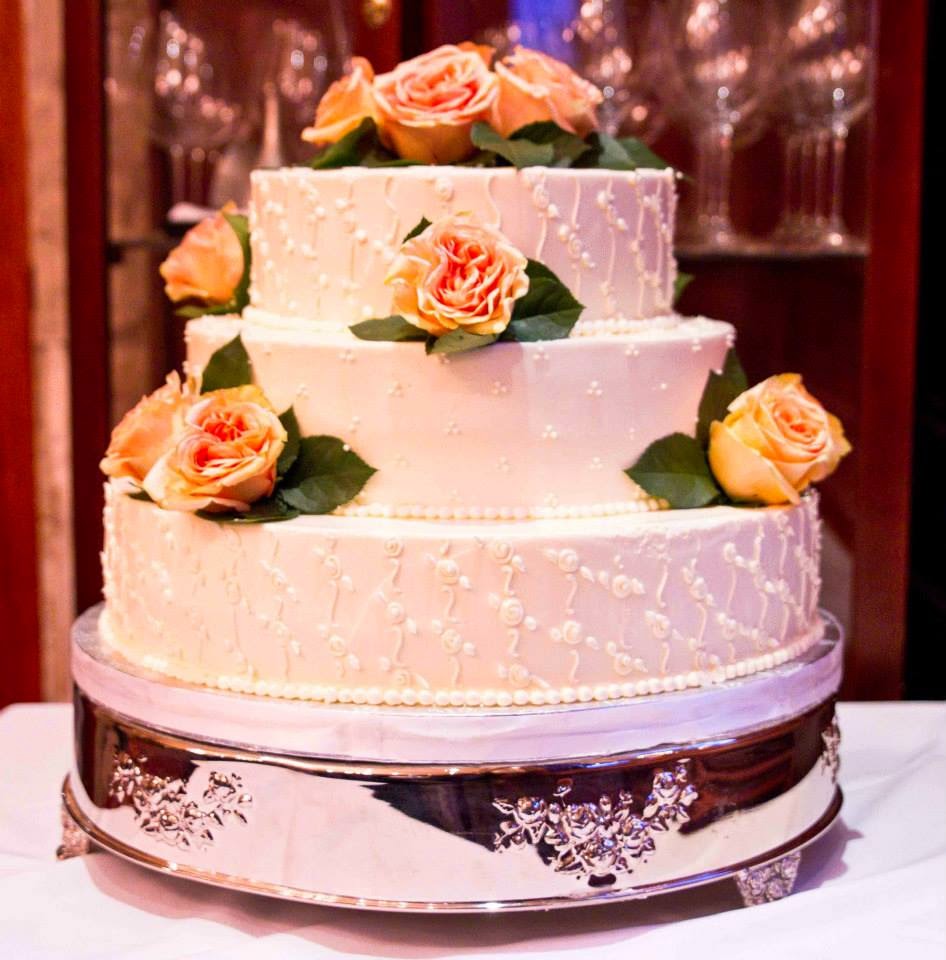 This post is about the trip, the wedding and the food! 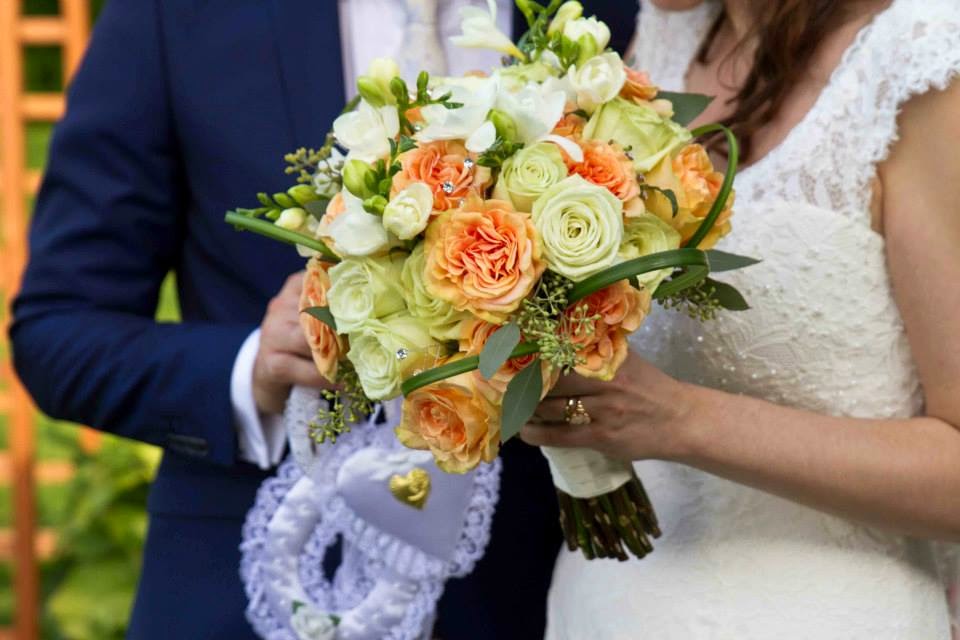 ﻿
We spent our time along the east coast of Canada,  Deana my wonderful new Sister in Law lives in Toronto,  some of the photos are mine (the food ones) most are Scott's and yes I nicked them *evil grin*. 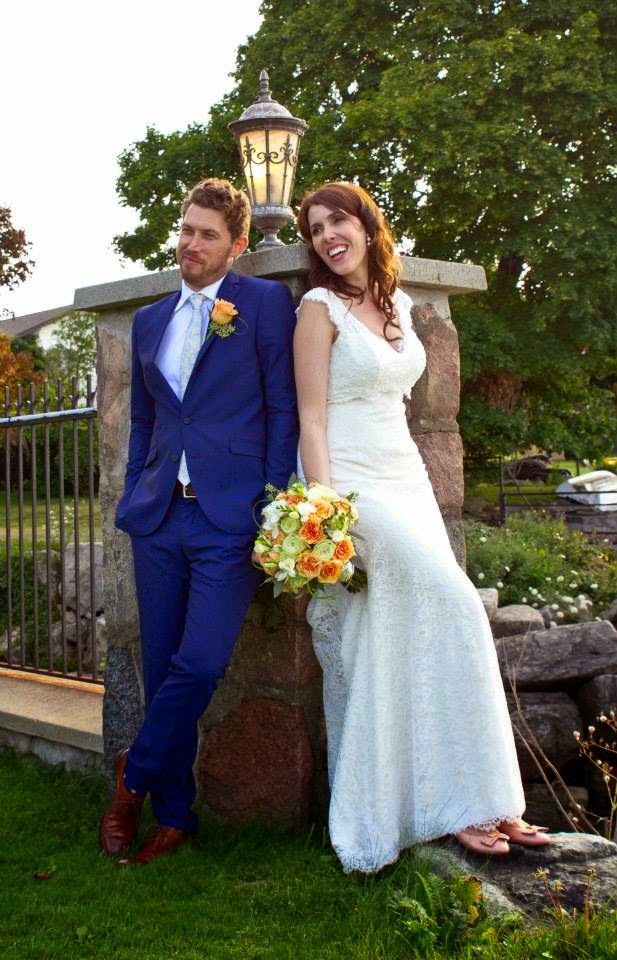 There are some dishes that I am going to try to replicate for the blog over the next couple of weeks such as the *drumroll* Onion Ring Tower,  it was as impressive as it sounds and one of the first things Scott asked "can you make this please".

The first week of our holidays was spent in Toronto.  We stayed with my parents and a friend in a condo downtown.  Toronto is a lot like inner city Melbourne with Trams and a diverse culture.  We did a lot of wandering around looking at things.  We also spent time with new family getting to know each other, its funny to find a family who are sooooooooo similar to yours in so many things, the main difference is just where they live. 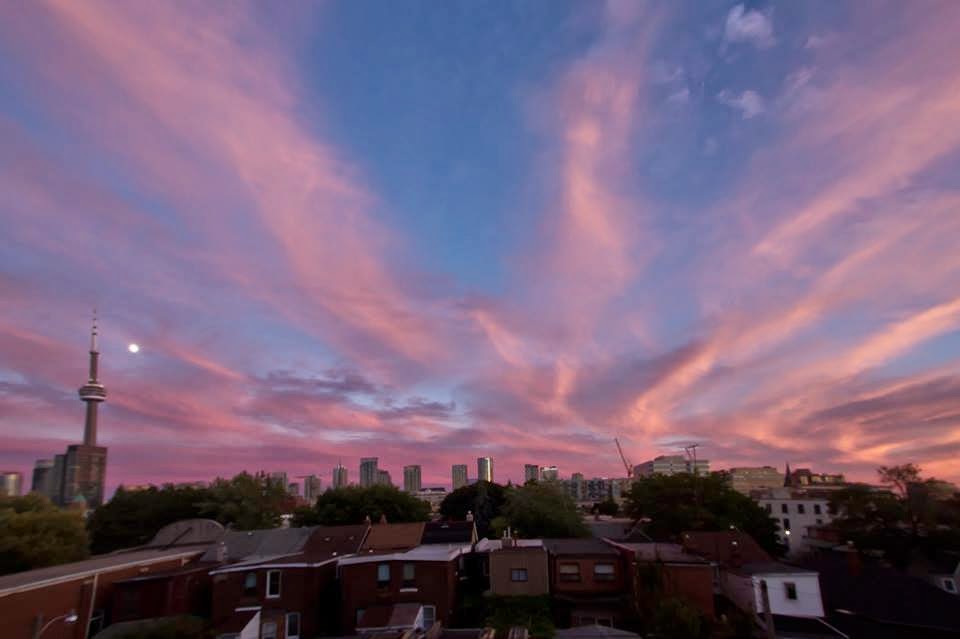 We also took a drive to Niagara Falls and spent a couple of hours wandering. 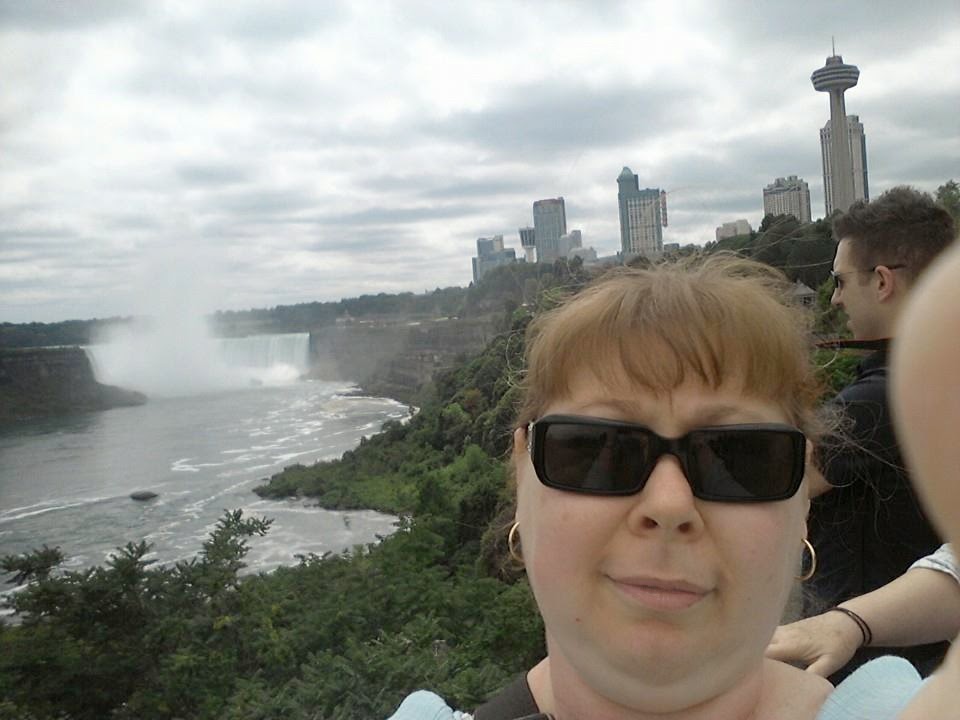 After the wedding we took a drive up the east coast from Toronto to Montreal, Quebec and Prince Edward Island.  In total about 1600 km each way.

We did stop in Montreal however decided just to spend the night and drive on to Quebec as it was not as nice as we thought.  We did love Quebec!  The people of Quebec speak French and English however French is their main language.  Old Quebec city is glorious, it is very like France, lots of cobbled streets with old buildings, flowers draped from window boxes on beautiful old buildings and light poles everywhere. 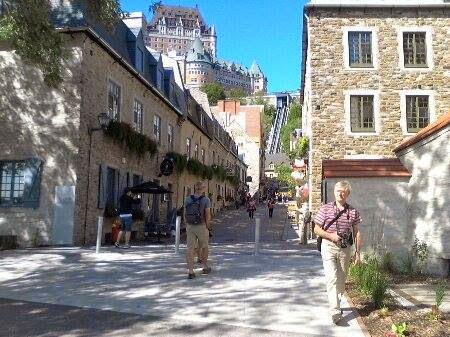 ﻿
Quebec is a walled city and to get up to the old city you have to take the Funicular (railway up a steep cliff face), as we were walking to the Funicular station we saw a glass blowing shop called Three Crows Glass.  They make ornaments, statues and bowls to sell to the pubic, they do the glass blowing on site for the public to see.  Mum and I found some Hummingbirds that we loved and bought one each. 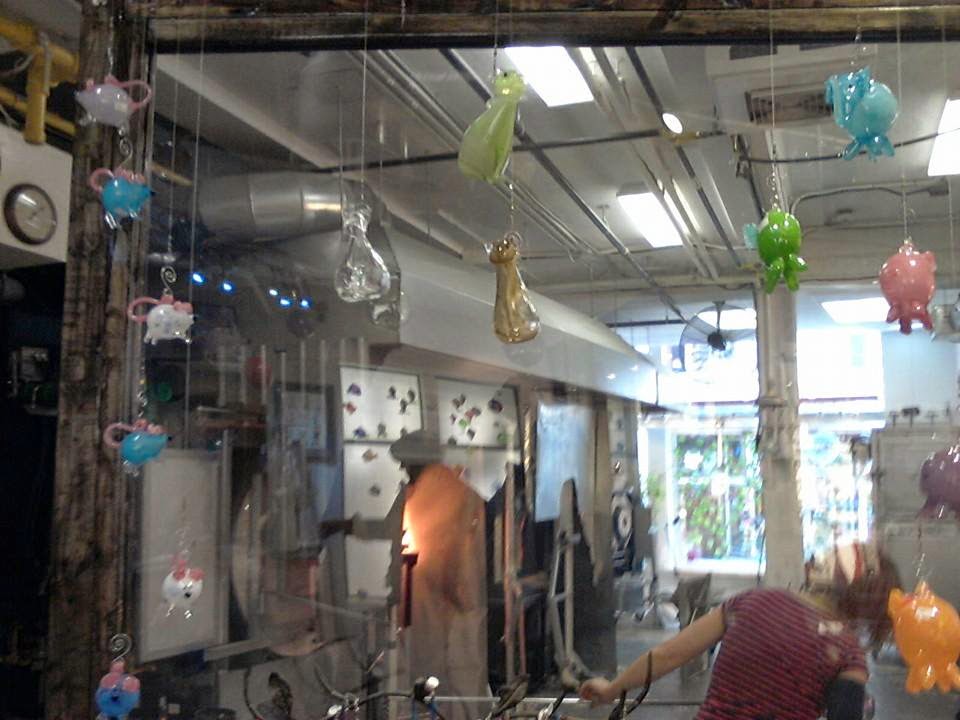 At the top of the Funicular we found a gorgeous restaurant to have lunch outside in the sunshine.  Photos of the food below. 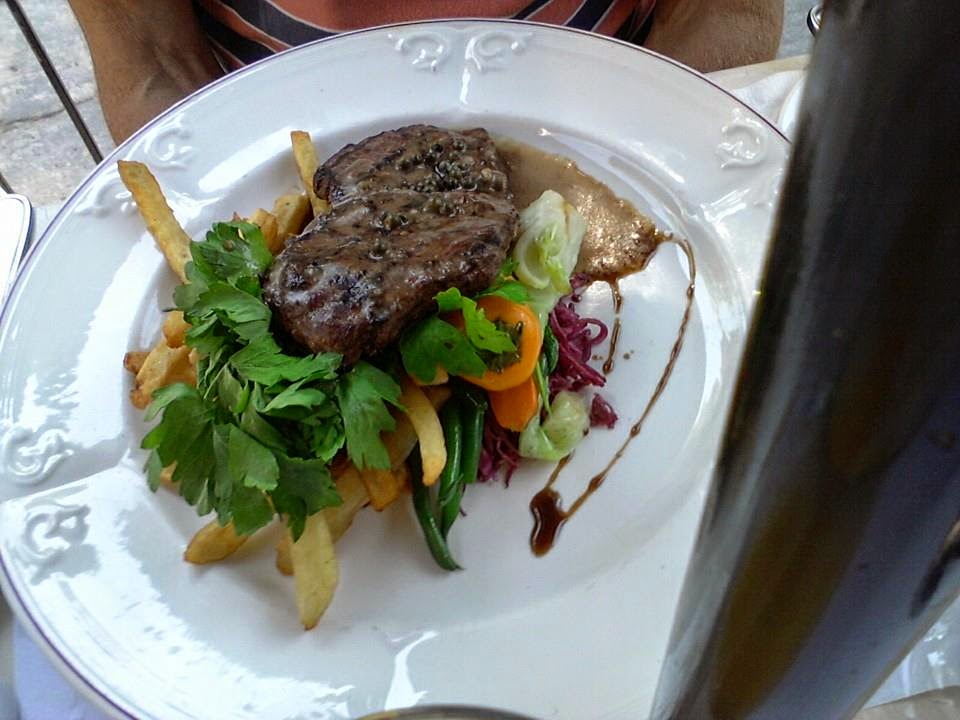 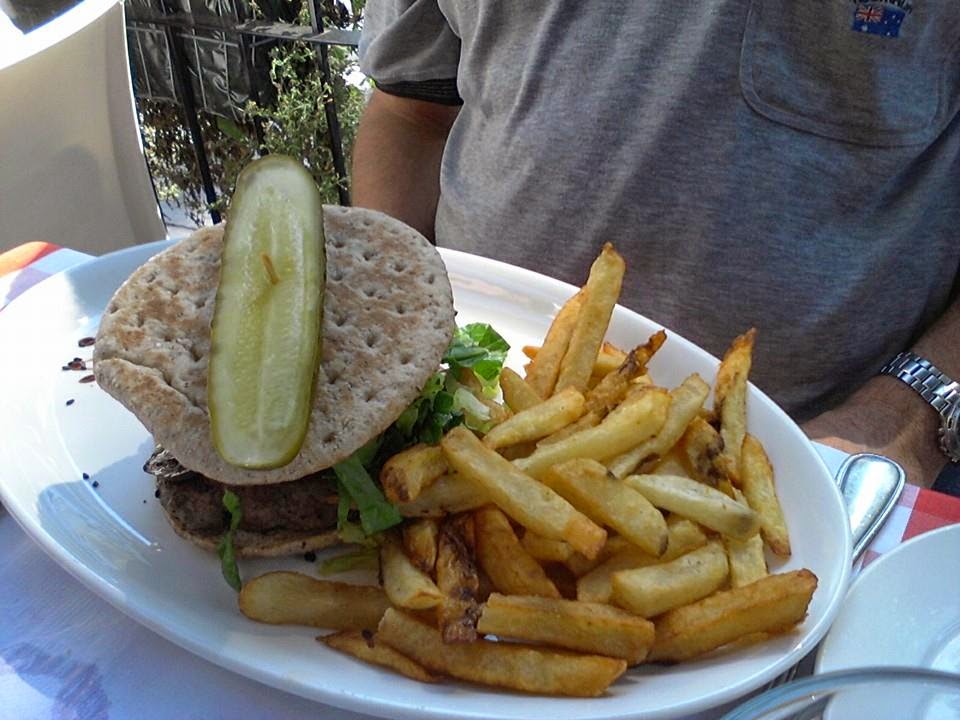 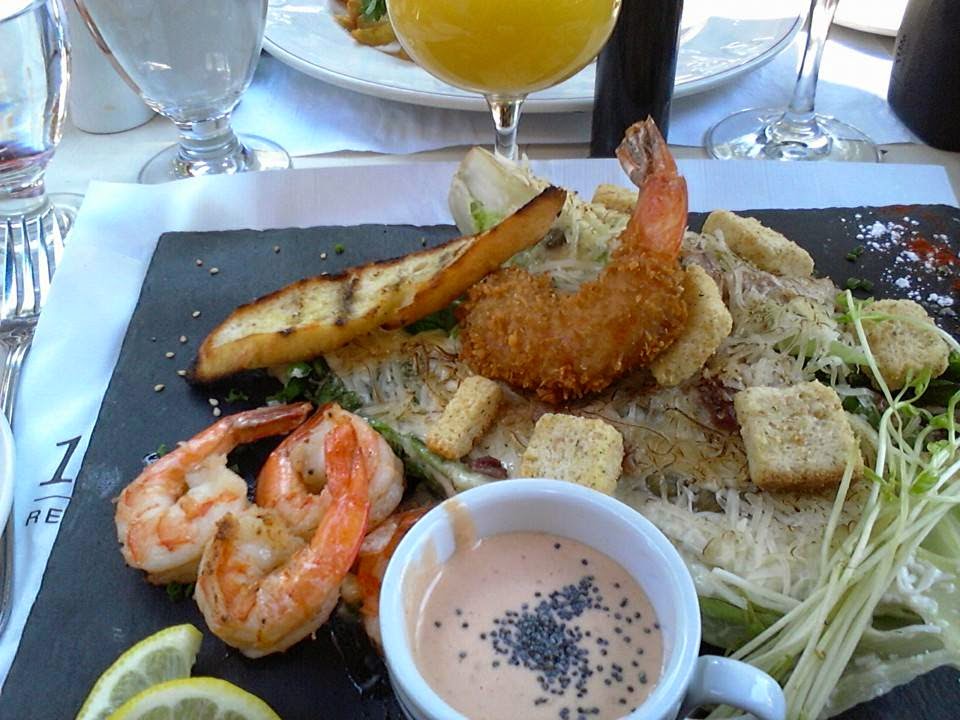 Grilled Prawn Caesar Salad
﻿
Next we went on to Prince Edward Island.  It was a 2 day drive to PEI.  PEI is where the writer of Anne of Green Gables set the books and where the Mini Series was filmed.  The Island is a lot bigger than you think and would take you at least a week to explore.  We stayed in Charlottetown in the middle of the Island.  The buildings here are beautiful I particularly liked the modest 3 storey house below,  I could live here! 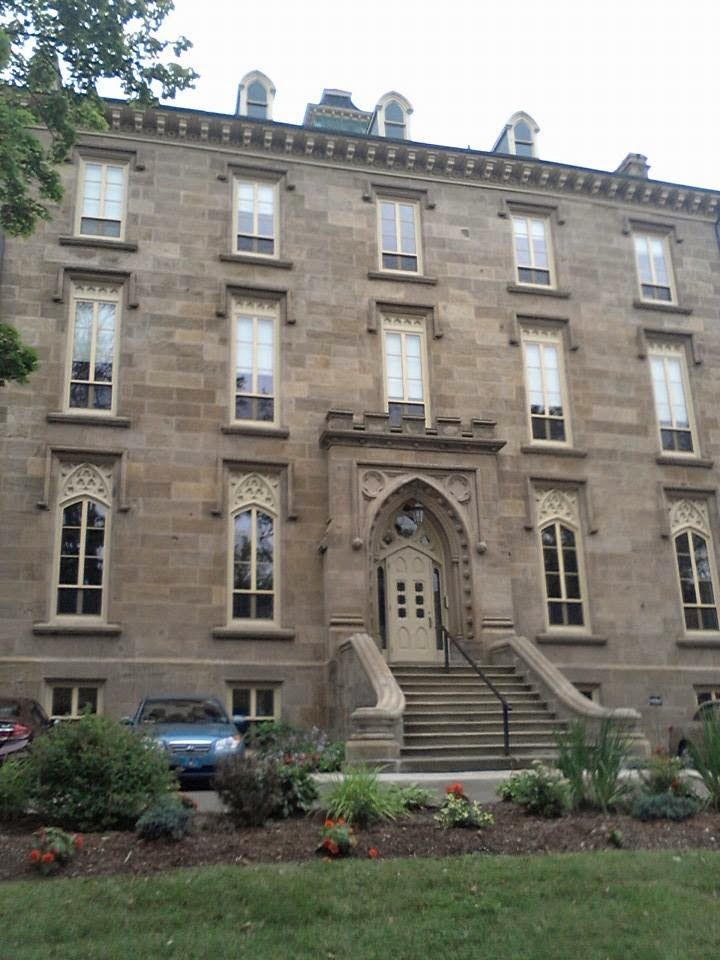 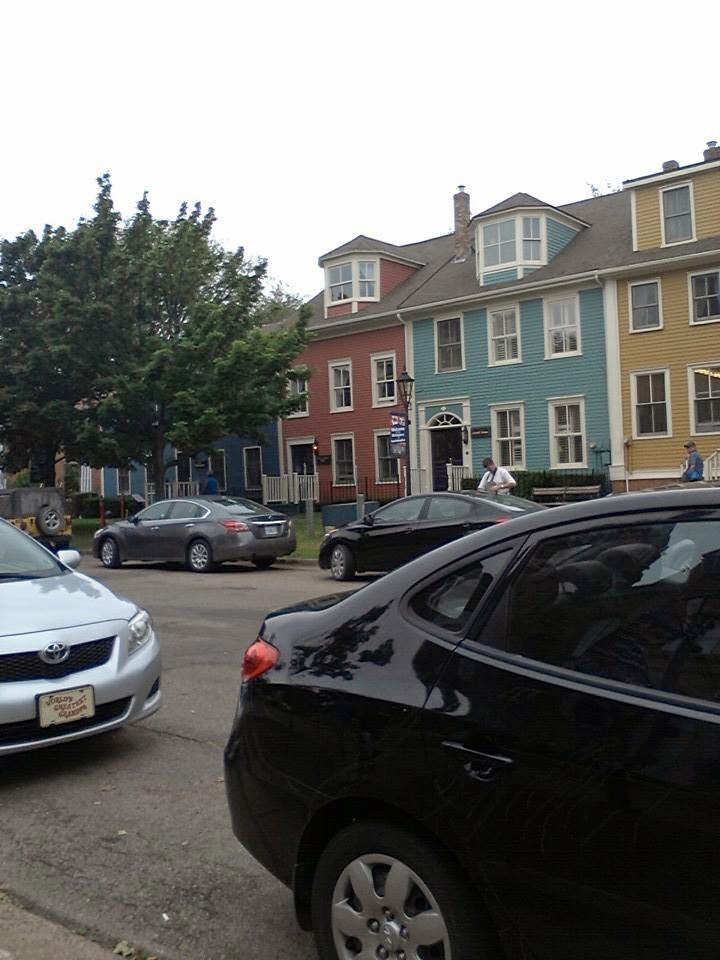 ﻿
We found out that the reason for so many people lined up to get off the island as we drove on was that the evening before Shania Twain has a concert in Charlottetown.  We had dinner that evening in a restaurant overlooking the harbour watching a re enactment of a pirate attack in the harbour which was fun.

Mum and I had always promised ourselves that we would have a lobster meal at PEI and we did pictures below. 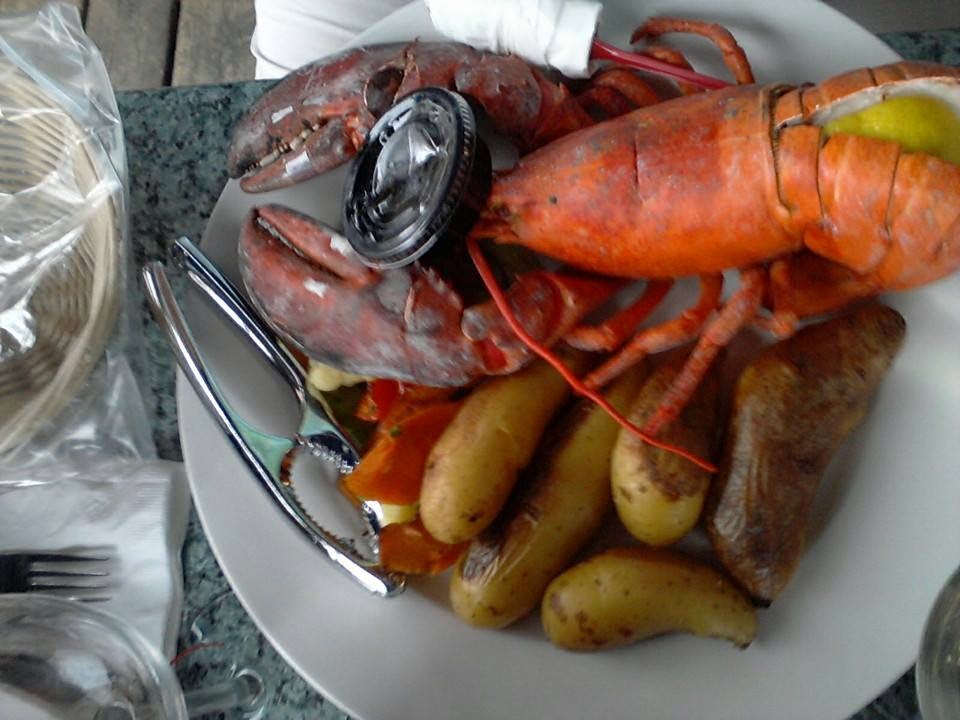 On our drive back to Toronto from PEI we did spend more time in Quebec as we loved it so much and we found so much more we had not see the first time.

Scott and I were on a time constraint and had to fly home after 3 fabulous weeks away, however Mum and Dad continue their adventure and travel from Toronto to Vancouver by train with a stop in Jasper along the way.

Posted by Kate's Weekend Kitchen at 16:32