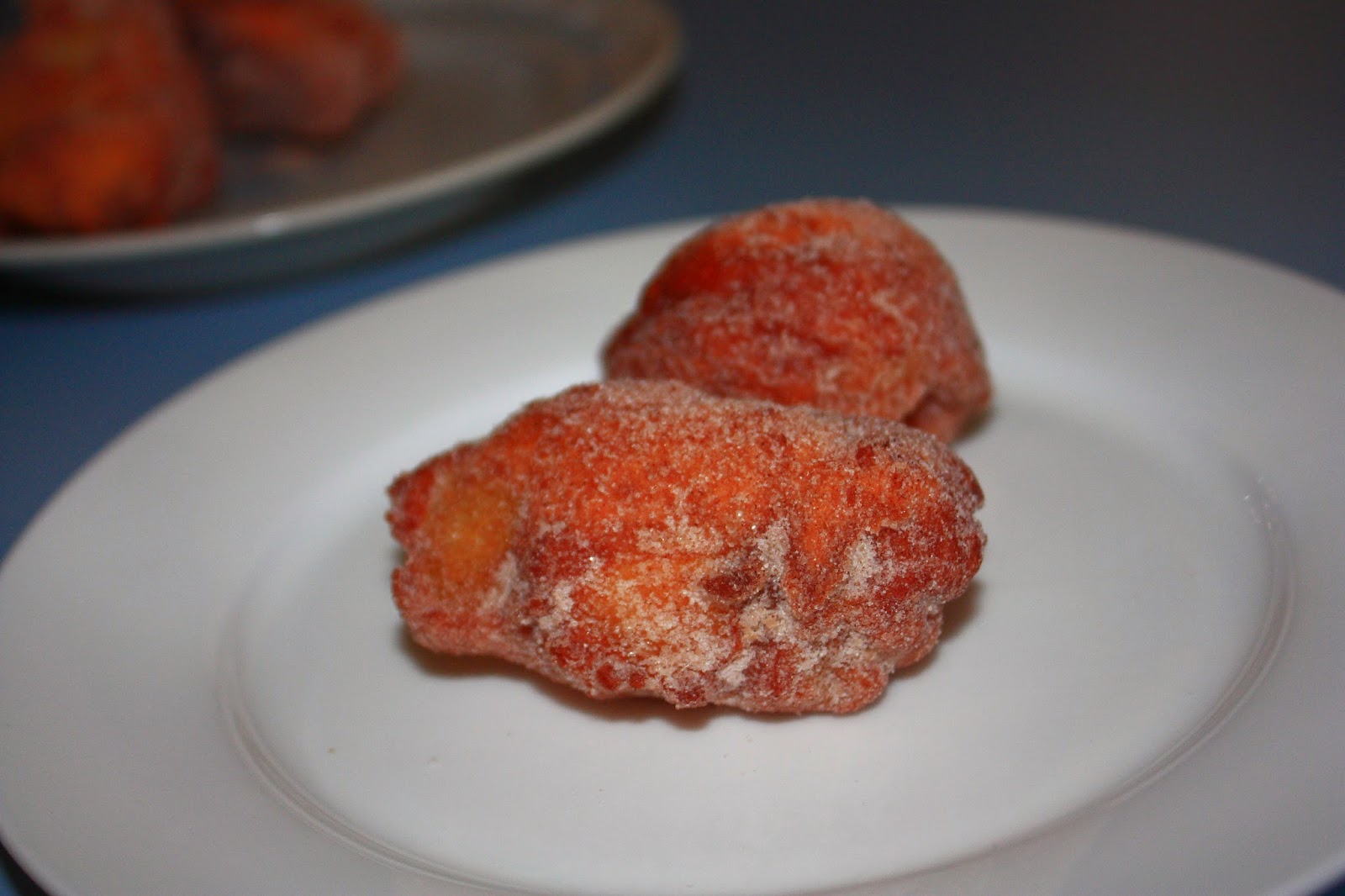 This was a trial recipe I found on the weekend.  It took me less than 5 minutes to prep and 5 minutes to cook and 30 seconds for the Crash Test Dummies to inhale.

I got a double thumbs up from younger and a huge cinnamon smile from elder so I think this recipe is a keeper. 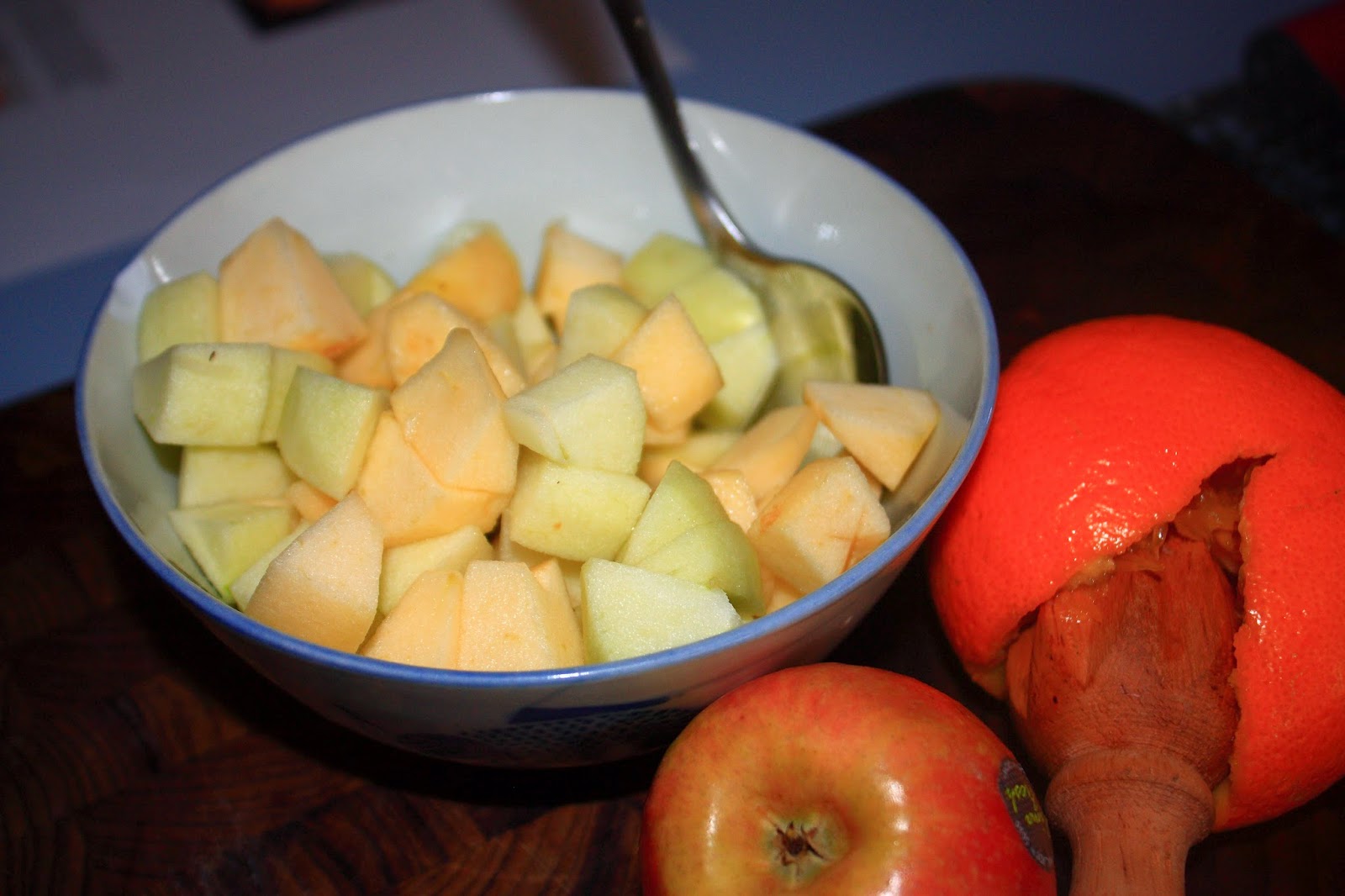 Peel, Core and chop 2 apples into 1 cm pieces, toss in a squeeze of orange juice. 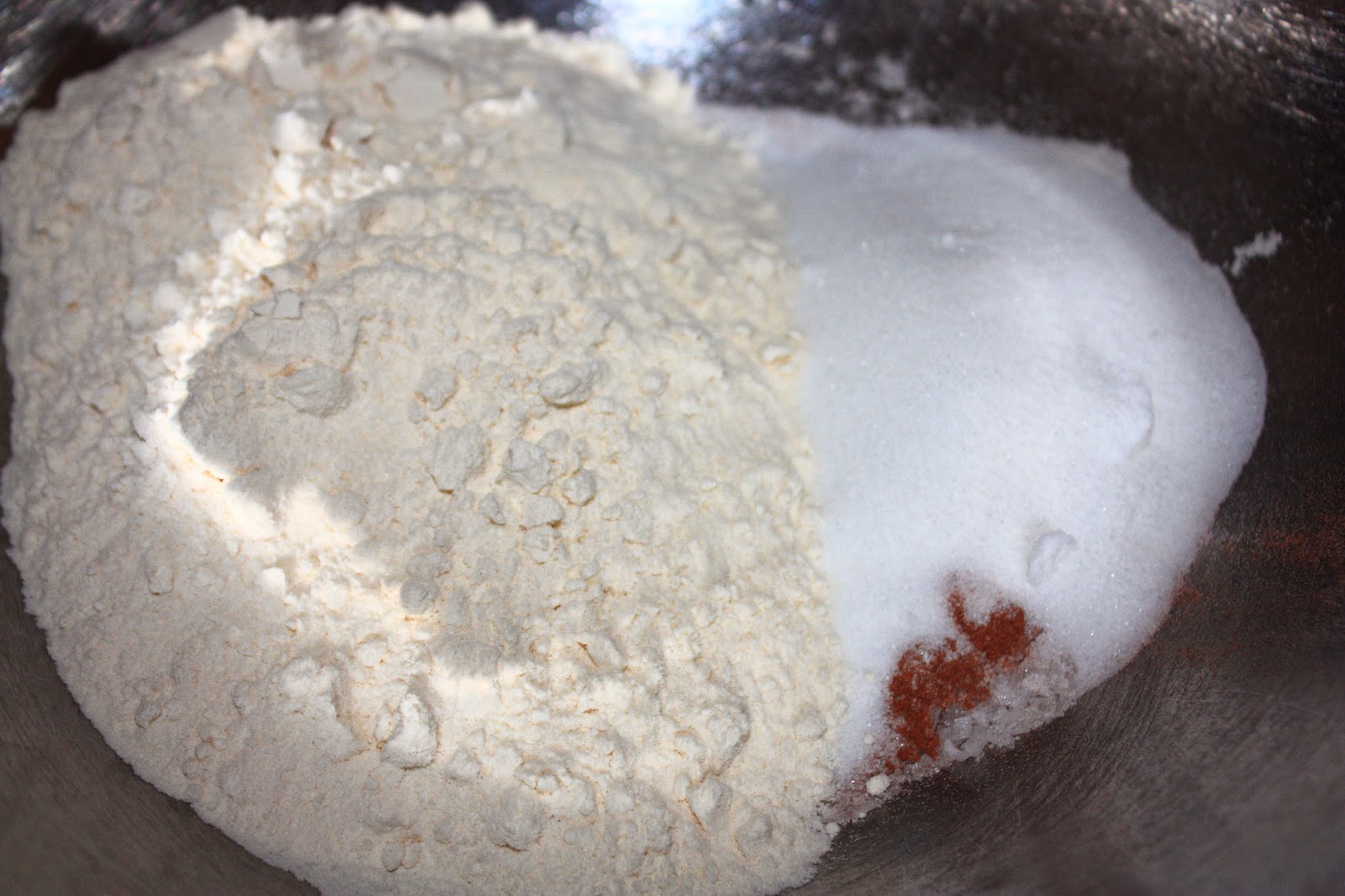 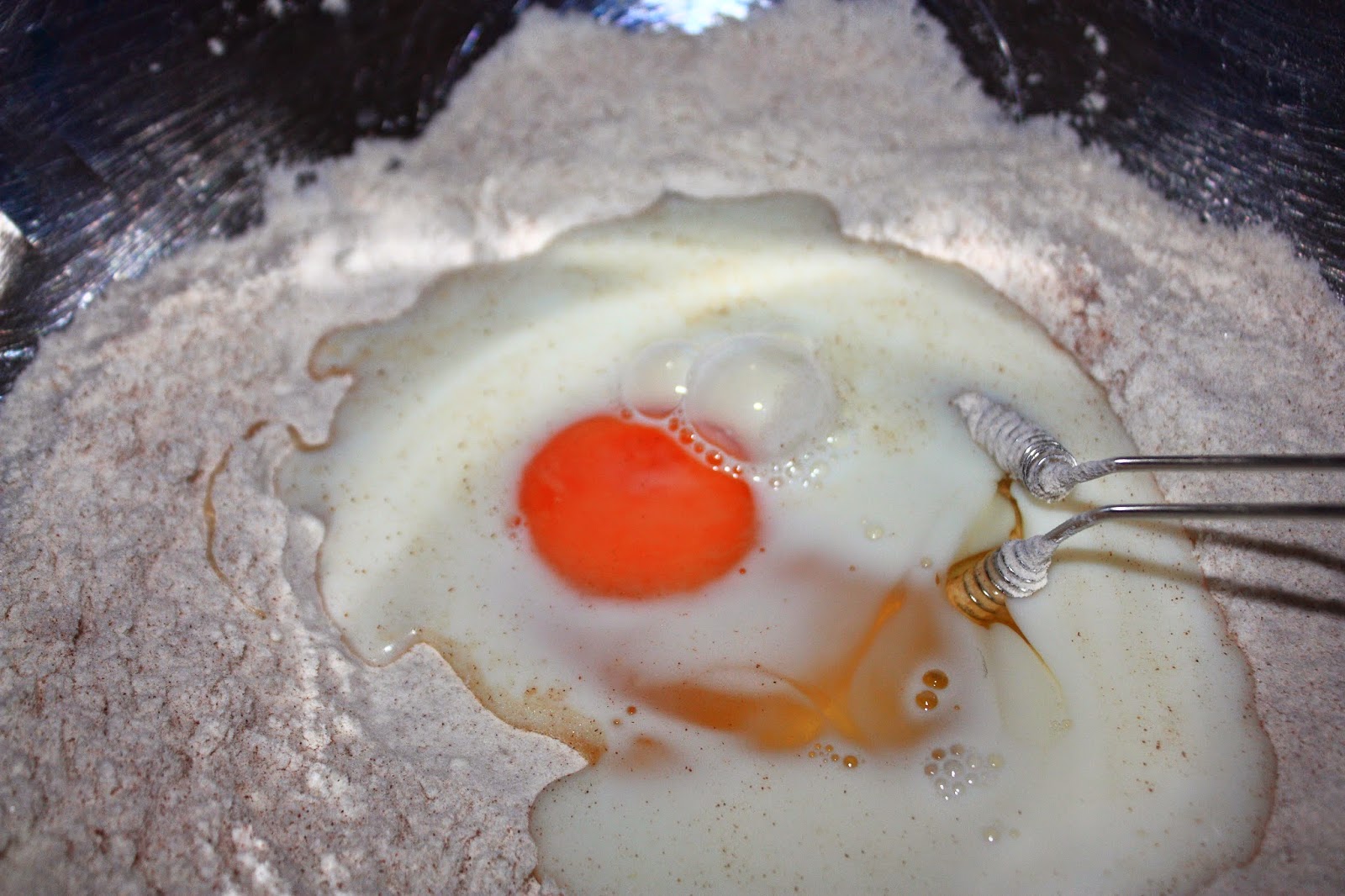 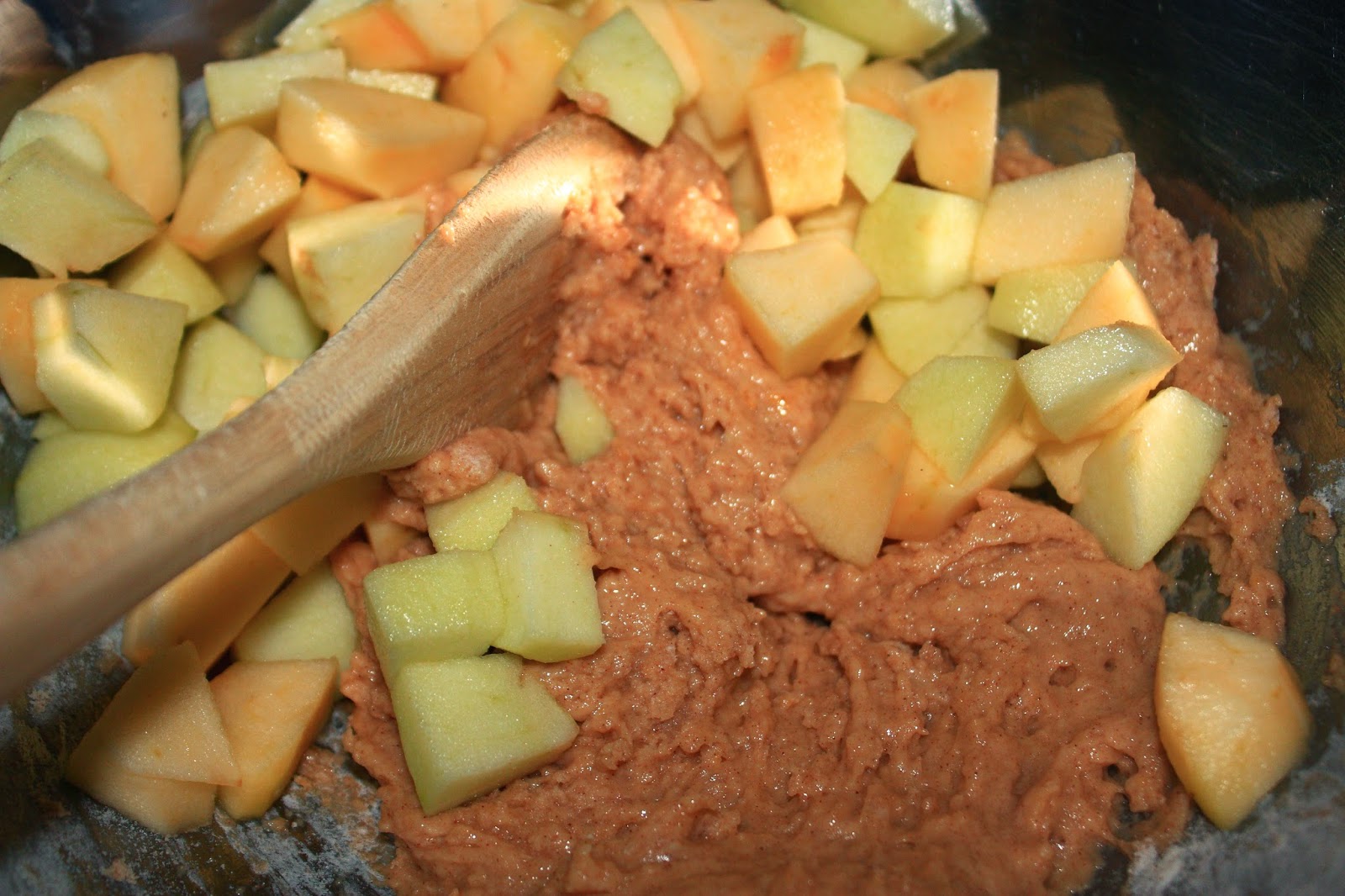 Stir in milk and egg until just combined. 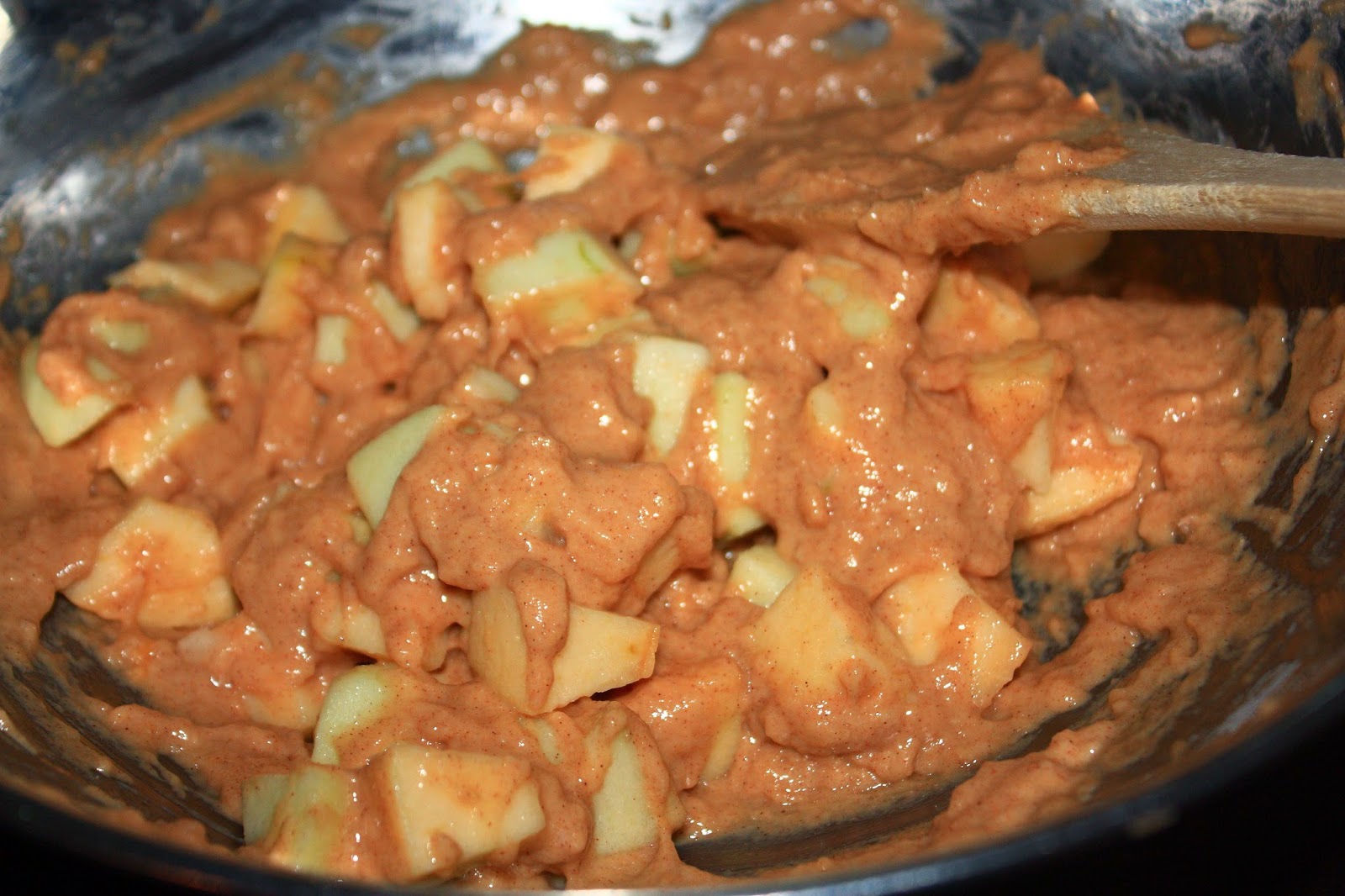 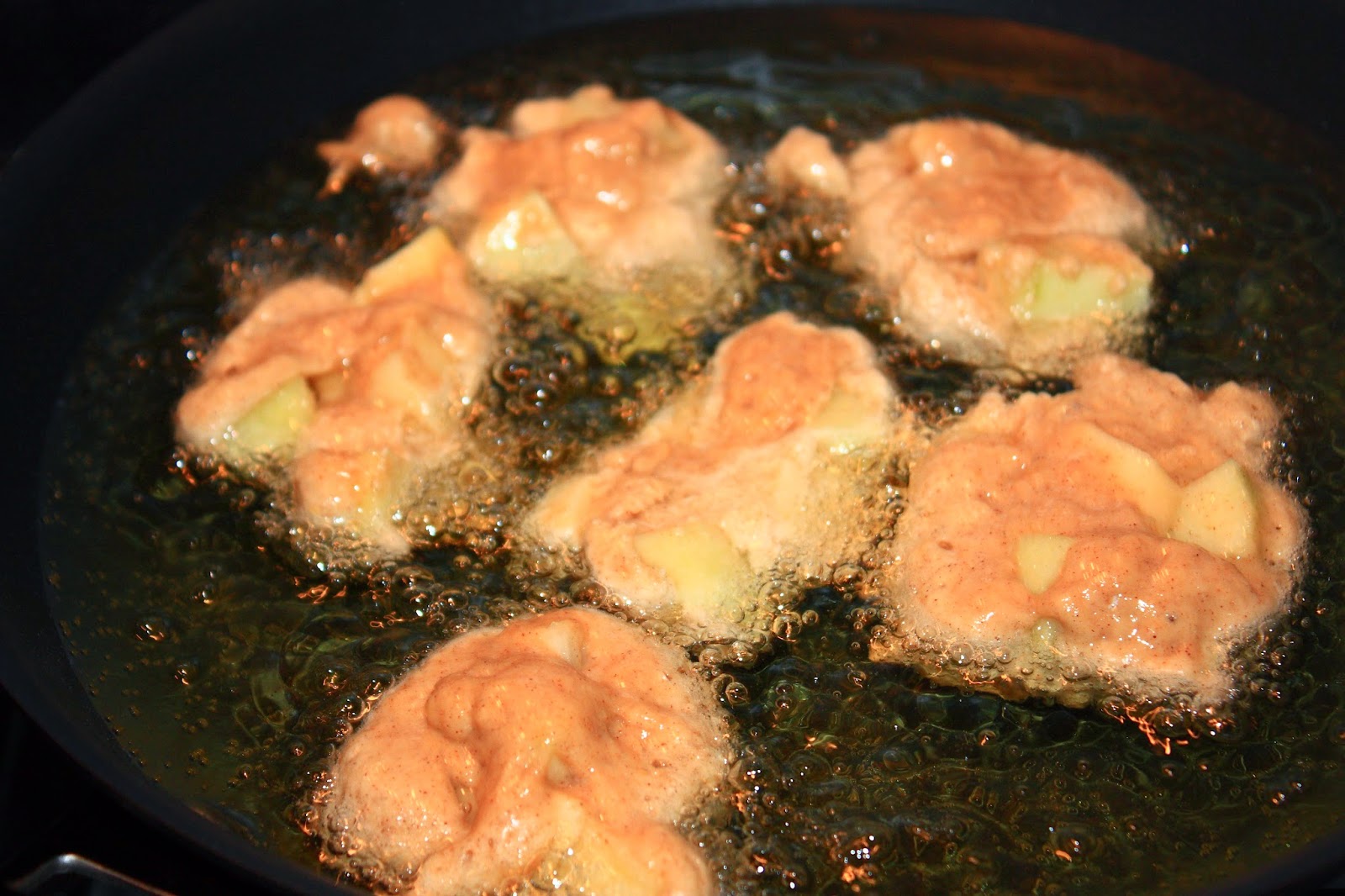 Pour oil into skillet so that it is approximately 1 1/2 deep. Heat oil on high. Oil is ready when a little dough thrown in floats to top. 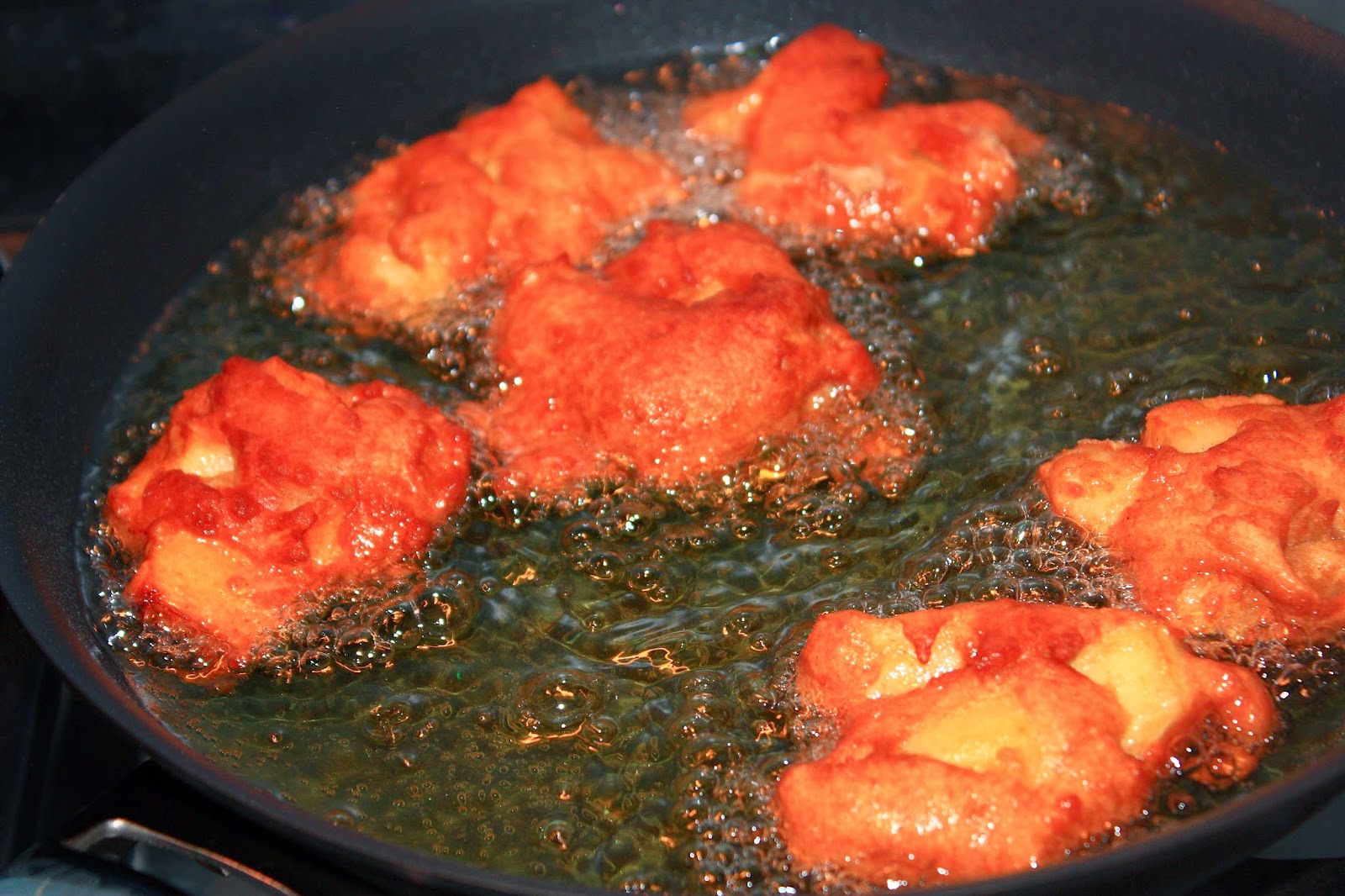 Carefully add dough to oil in heaping teaspoons. Cook until brown, about 2 minutes, then flip.  Cook another 1-2 minutes, until both sides are browned. 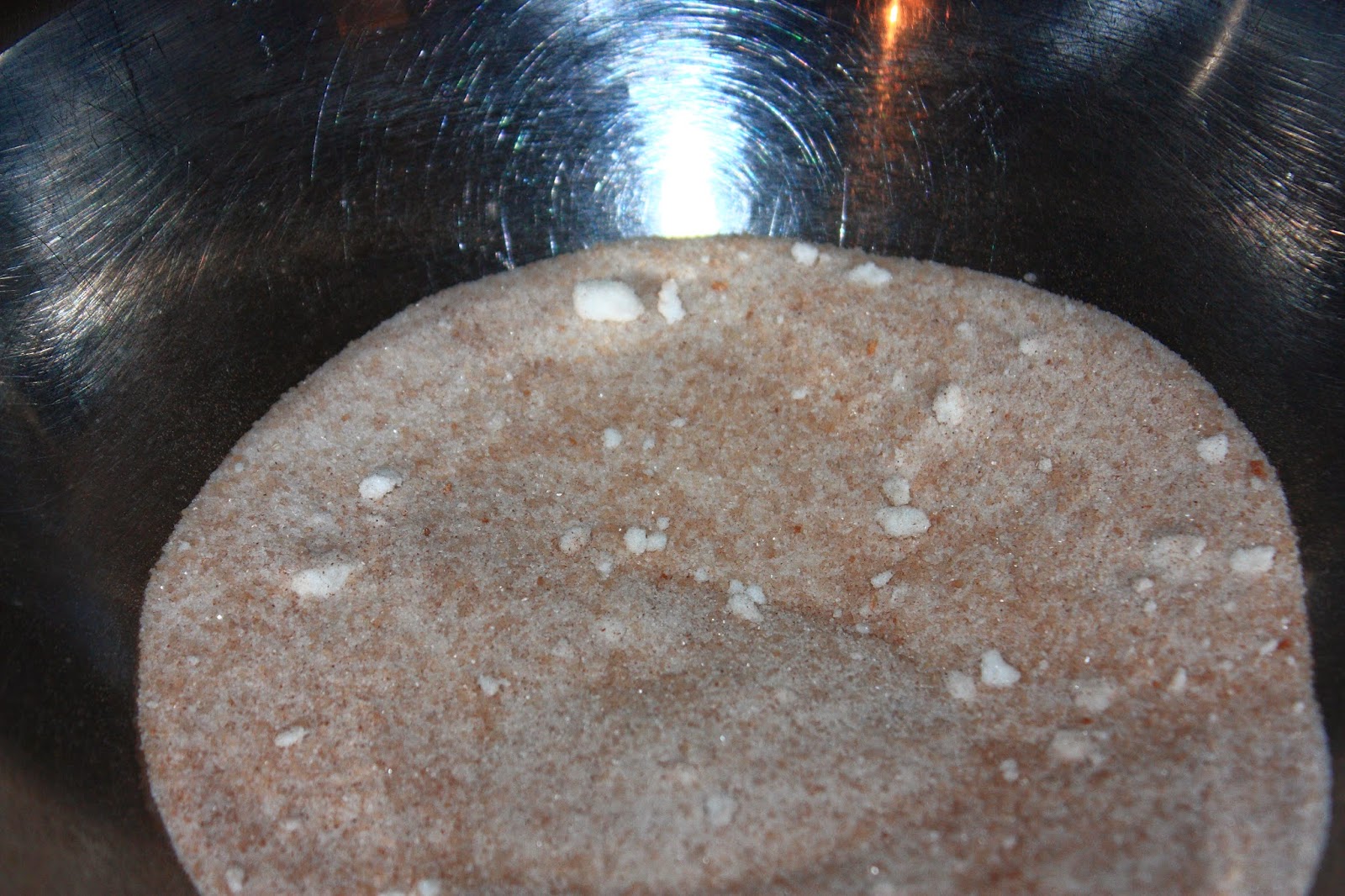 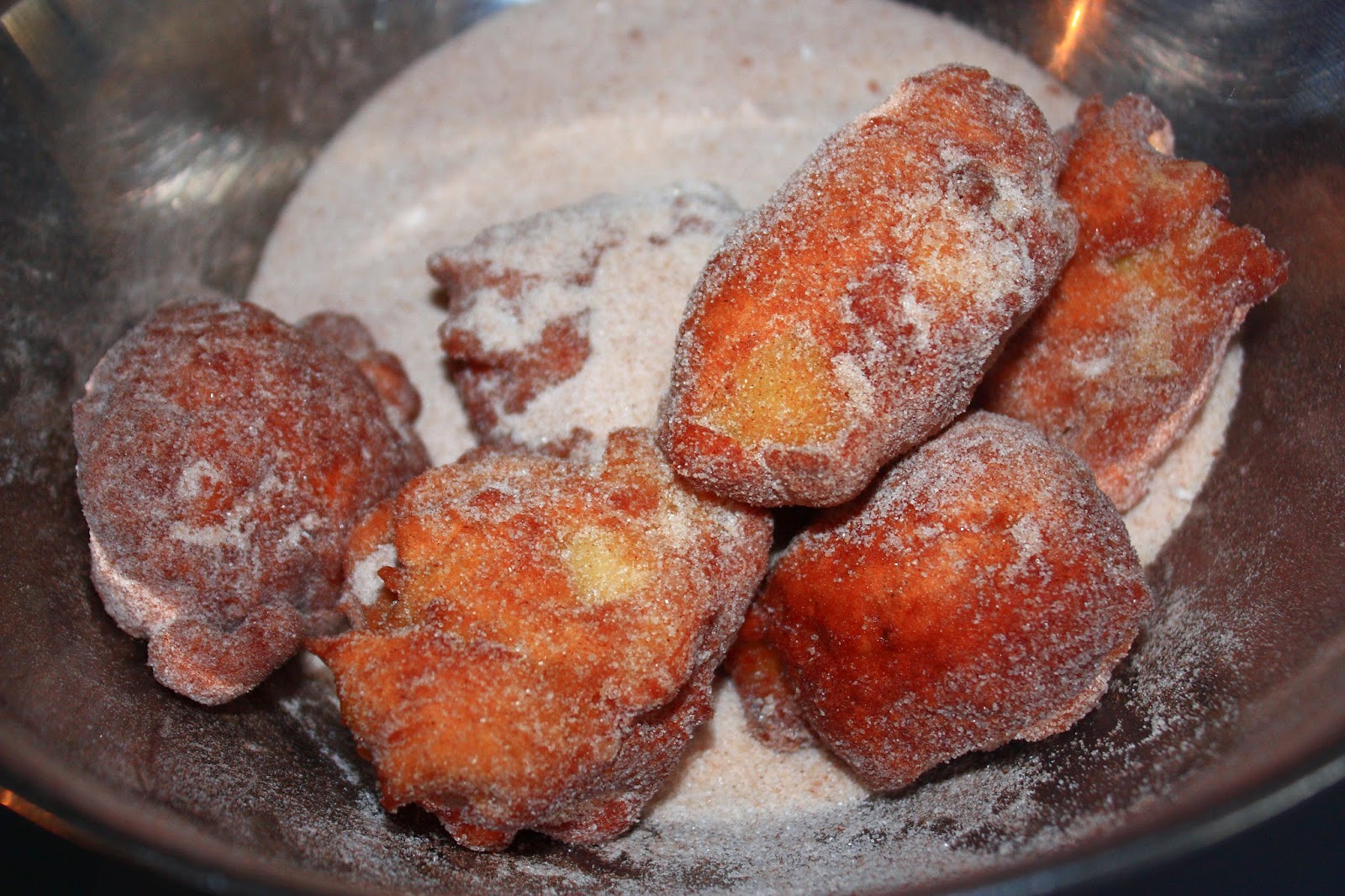 Transfer briefly to paper towels to absorb excess oil, then transfer to the bowl with the sugar and cinnamon set aside for the coating. 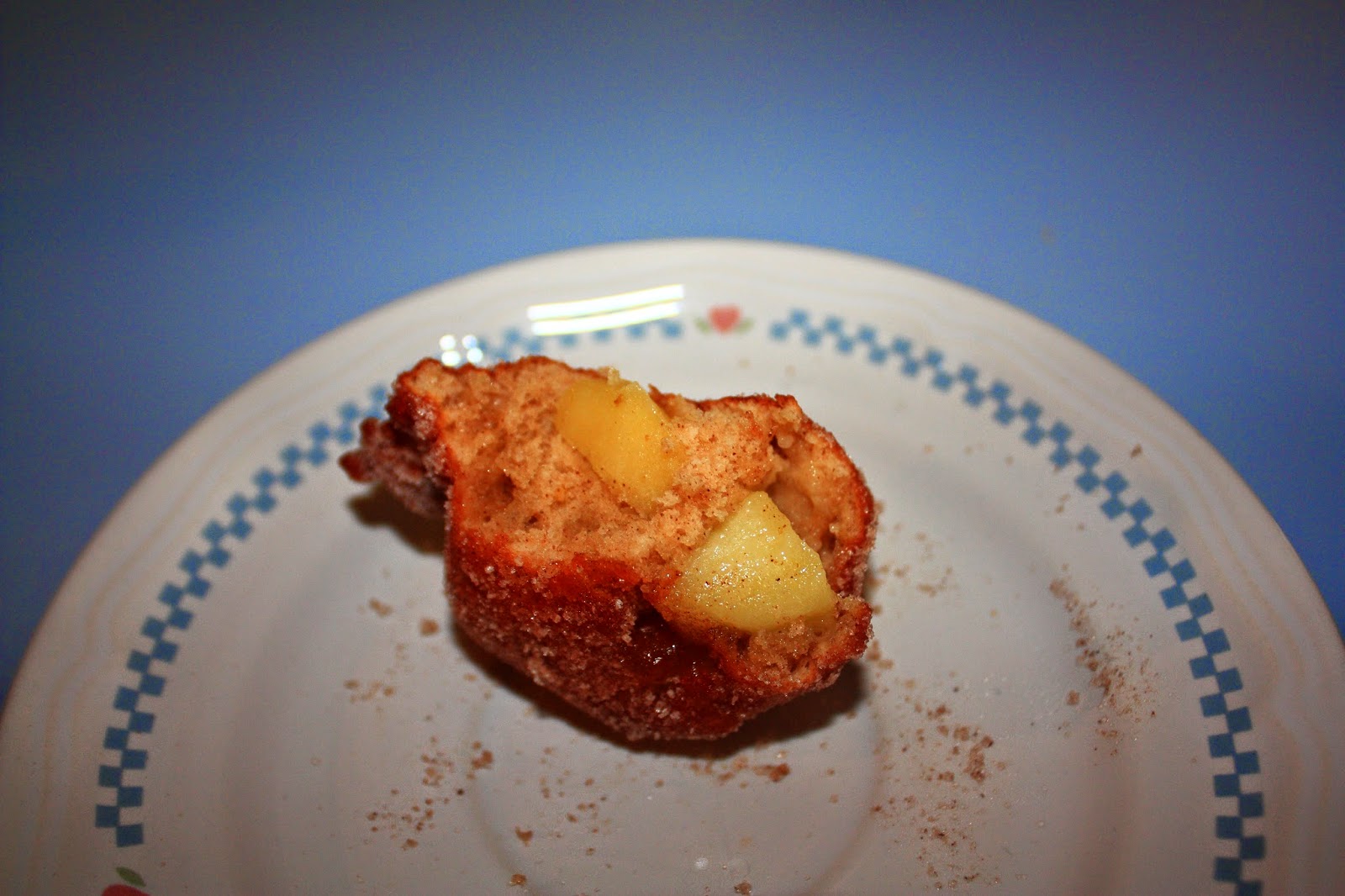 Toss in sugar mixture and serve.

Posted by Kate's Weekend Kitchen at 09:00