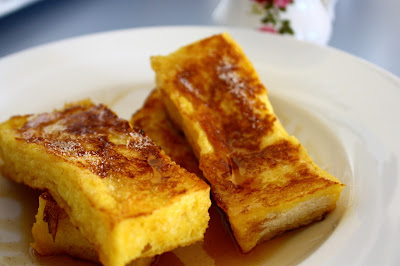 We don't generally eat a cooked breakfast,  I try to do one on a Sunday at least once a month,  we eat Pancakes, Waffles, Egg and Bacon and the boy's all time favourite is the Breakfast Burrito which we have more often than not.

I have until now never made French Toast.  I did have a moment and think... Scott is going to hate this!  Then I thought... Cover it in cinnamon sugar and maple syrup and well he may just eat it!

Let's say I gave him no choice, I just made if for brunch and served it.

This is a fantastic way to use up a loaf of bread that is a couple of days old. 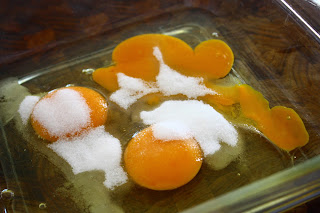 In a flat dish place your eggs, sugar, vanilla and milk. 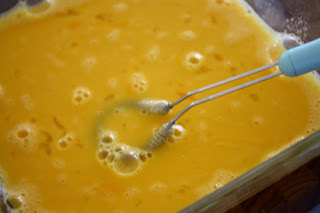 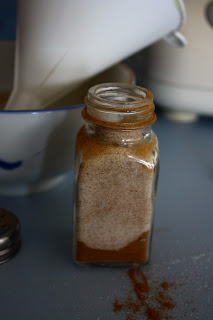 I have cinnamon sugar in this handy dandy little sprinkle jar as Scott tops his Cap with this in the mornings. 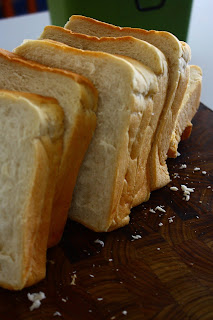 Slice your bread, I like about an inch think. 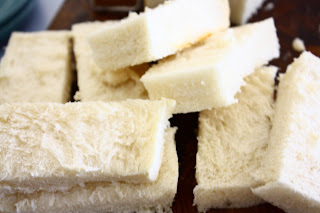 I trimmed the crusts off and cut each slice in half, this is my preference. 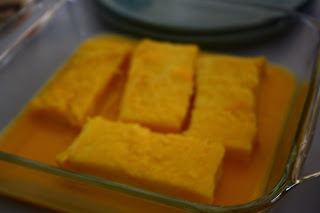 Dip in your egg mix quickly on each side until coated. 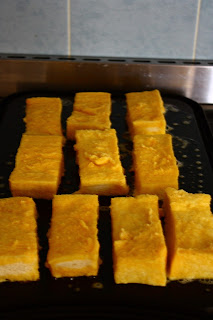 I use a hotplate, you can do this in a frypan.  Pre heat and brush with melted butter. 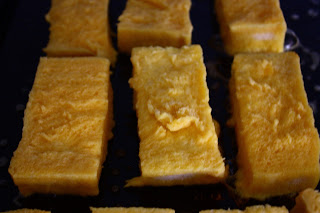 Fry on each side until golden.  This will only take a couple of minutes. 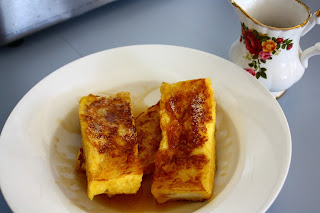 Serve sprinkled with the cinnamon sugar and drizzled in warm maple syrup.

Posted by Kate's Weekend Kitchen at 07:07