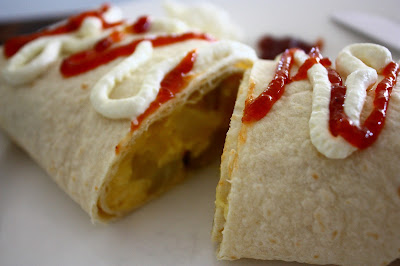 Scott and I love to go out and have a Sunday Brunch together.  Since Jonathan has grown up we have taken back our Sunday mornings and not every week, but about once a month we have a sleep in on a Sunday, have a nice relaxing coffee at home then go for a drive into Newcastle and have Brunch at our favourite cafe Snow's

They came up with this Breakfast Burrito a couple of years ago that Scott LOVES!  Then January last year (2015) they took it off the menu ( wow what a kerfuffle from Scott!)  Well Scott got sick and couldn't eat it so, Oh Well too bad so sad!  In the last couple of months since we have gone back to having our occasional Sunday Brunch Scott kept asking when it was coming back.

I think he pestered them enough that they made it to shut him up!

Over Christmas they closed for a week.  Scott almost fell apart as he wanted a Burrito for brunch one day.  So I had to work out what was in it and try to replicate it, especially when he went out one Saturday and hunted up a jar of Chilli Jam to top it.  So here is my version of the Snow's Breakfast Burrito... 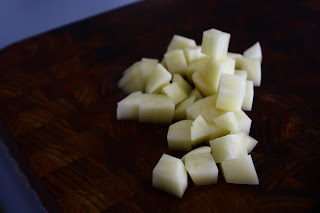 Cube and boil your potato until cooked.  Better if you use pre cooked left over potato from dinner, just heat in the microwave until hot. 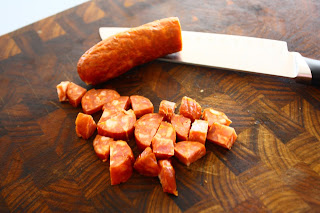 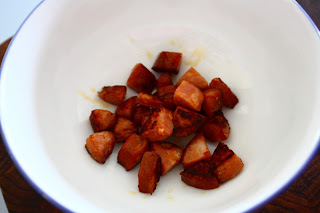 Chop your choritzo and fry it quickly until just browned, set aside. 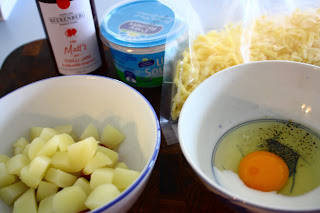 Assemble everything in one place as the rest goes really quickly. 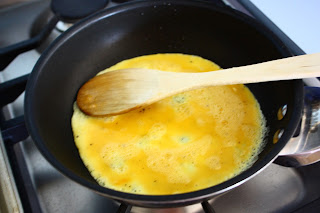 Beat your eggs with a little milk, salt and pepper. 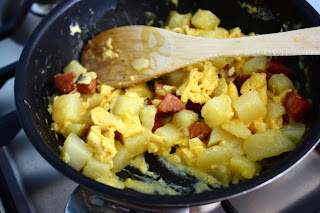 In your hot frypan over a low flame, place a teaspoon of butter, your egg, potato, choritzo and give it a quick stir to cook.  This is very quick as everything should be hot. 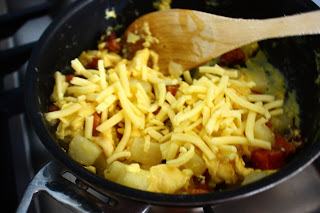 When your egg is just cooked add  the cheese.   Give it a quick stir. Remove from the heat. 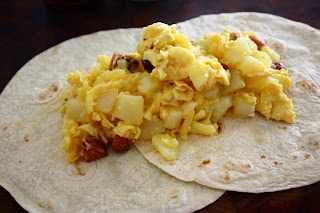 Heat your tortillas in the microwave for 1 minute.  Pile your filling into the centre of your tortillas. Fold over the ends and gently roll. 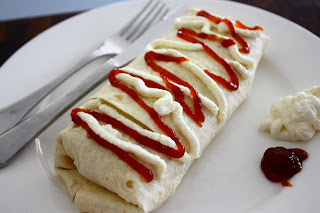 Place on your plate and top with chilli jam and sour cream.

Posted by Kate's Weekend Kitchen at 08:00